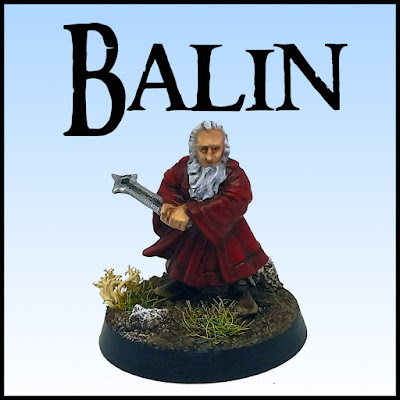 Welcome to another tutorial my friends. The twelfth dwarf of this series of tutorials will be Balin!

Up until now these are the already painted dwarves:

This guy was an easy painting, but also fun.

"Dwarf of Thorin and Company. Balin was born in the Kingdom under the Mountain at Erebor in 2763. However, in 2770 Smaug the Dragon drove all his people out.
In 2790, Balin followed King Thráin II into the bloody War of Dwarves and Orcs, after which he settled for a time in a Dwarf-colony in the Blue Mountains. In 2841, Balin began an ill-fated quest with King Thráin II to return to Erebor. This journey resulted in the disappearance and eventual death of Thráin II. Balin returned to the Blue Mountains

Exactly a century later, he set out with Thorin and Company in the successful Quest of Erebor, which resulted in the slaying of Smaug the Dragon and the re-establishment of the Kingdom under the Mountain.

In 2989 Balin left Erebor in an attempt to re-establish a Dwarf-kingdom in Moria. For five years Balin struggled against the Balrog and his Orkish hordes, but finally he and his followers were overwhelmed and slain." 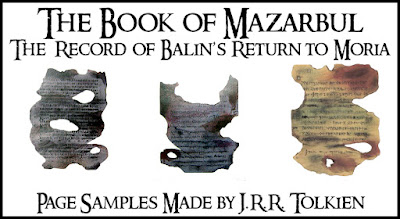 How to Paint Balin? 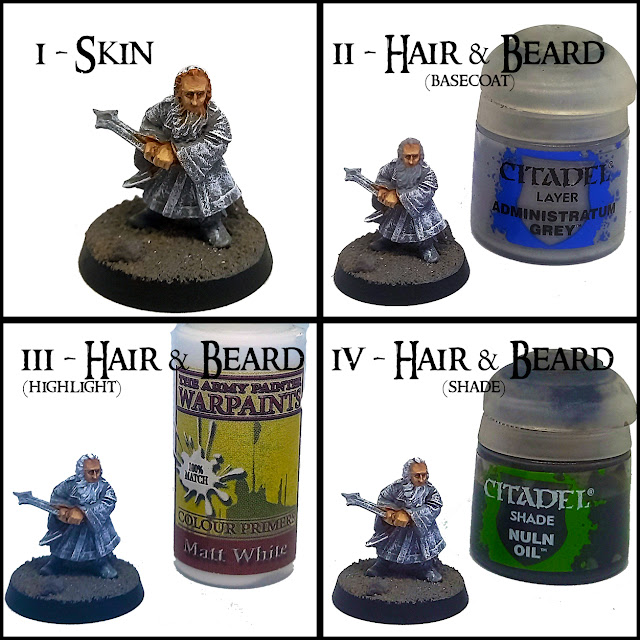 II: Basecoat hair and beard with a grey paint;

III: Highlight the hair and the beard with a white;

IV: Shade and glaze those grey and white tones with a thinned down black wash. 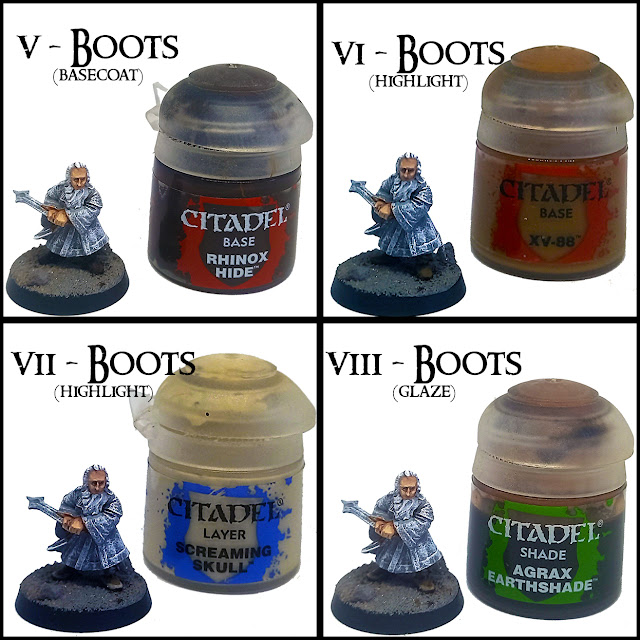 V: Basecoat the boots with a dark brown tone;

VI: Highlight the boots with a lighter brown paint;

VII: Highlight the boots further, focusing on the edges, with a bone toned brown paint; 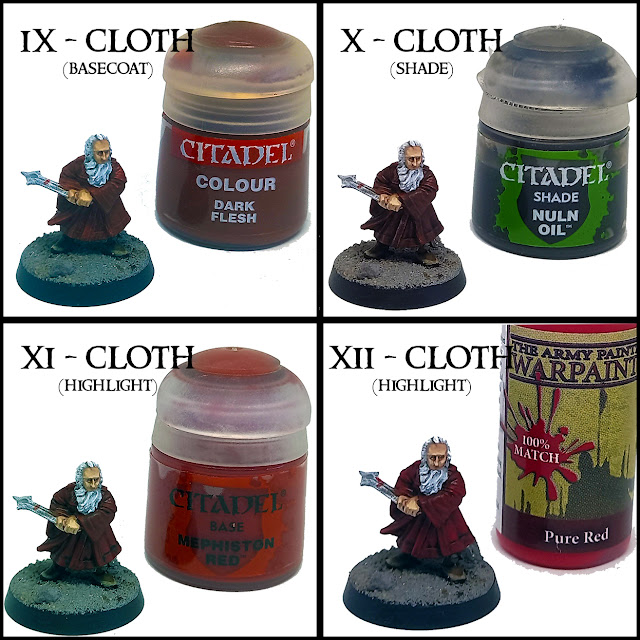 IX: Basecoat the entire robe with a reddish brown toned paint. You can add a few drops of red to your brown paint;

X: Shade the cloth with a black wash;

XI: Highlight the cloth with a strong red colour;

XII: Highlight the cloth further with a brighter red colour. Focus on the edges and more prominent parts. 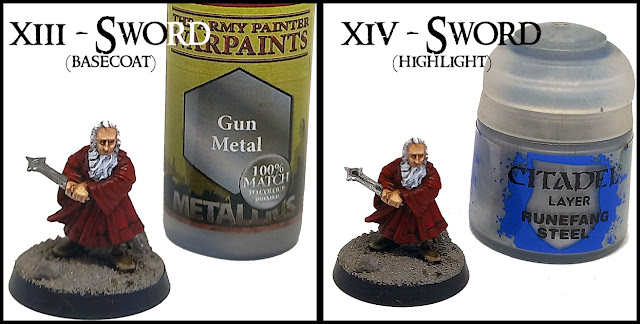 XIII: basecoat the sword with a dark silver;

XIV: Shade the sword with a black wash and highlight it afterwards with a bright silver. 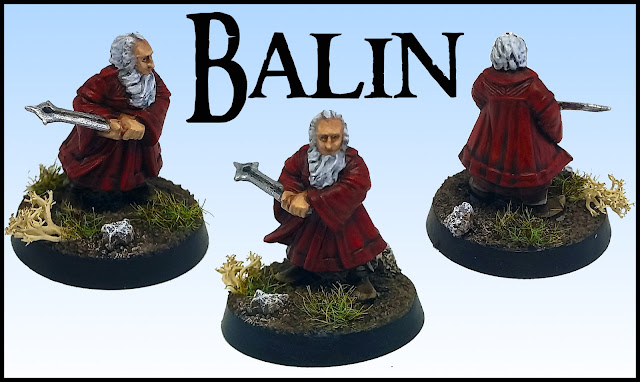 With  Balin's miniature showcase we finish the tutorial for our twelfth dwarf from Thorin's Company!
I'm hoping it will be helpful to someone out there.

Until next time! Keep on Painting and Wargaming!
Also, don't forget to have fun doing it!
Namárië!
balin Games Workshop Goblin Town hobbit how to paint Thorin's Company tutorial