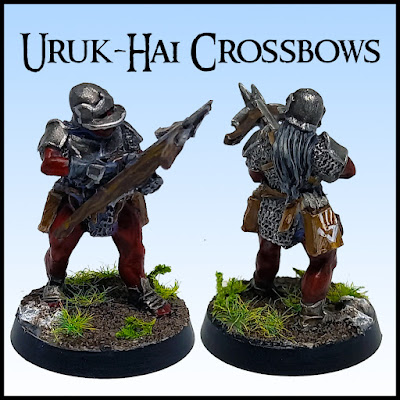 Mae govannen. Welcome to another tutorial my friends.  This time I will paint four Uruk-hai crossbowers, and I will mostly follow the classic three-step method (basecoat-wash-highlight), a simple and fast way to get miniatures done. How to paint Uruk-hai crossbowers? I:  The entire armour and metallic parts of the crossbow were basecoted with a dark-silver paint ; II:  The same parts of the previous step were than shaded with a black wash ; III:  All the metallic parts were carefully highlighted with a light-silver paint . I focused mostly on the edges of the armour and crossbow. I also drybrushed the mail coat;  IV:  For the first step of the skin I went for a basecoat of a red-brown paint .  (I used old Citadel's Dark Flesh , but you can use Doombull Brown which is the current match) V:  Unlike the skin of Men, the darker tone of the uruks oblige us to shade it with an equally darker tone. In this step I used a brown wash ; VI:  For the highlighting step I mixed the pain
Post a Comment
Read more Mae govannen! I just wanted to leave here a quick post: a video I've worked on in the beginning of the present month. Video shooting and editing is an art that I'm still underdeveloped (to be honest, I've never paid too much attention to it), but who knows if I'll play around with it more in the future? For the moment, It's just a fun sub-hobby, and nothing more than that. Here I leave you with my painting of a Feral Uruk-hai.
Post a Comment
Read more 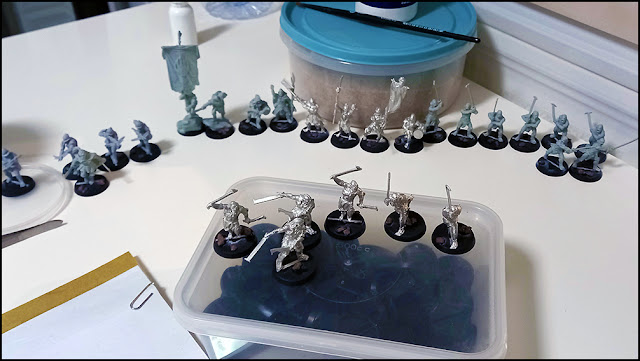 Mae govannen! As I mentioned on a previous post, I'll be focusing on some Uruk-hai for the next blogging times. And I'm tremendously excited for it! Let's just say I longed to get done with the Hobbit project  (Escape from Goblin Town) and to move forward.  Here are the miniatures that will be part of the next several blog posts , as you can see: 6 x Feral Uruk-hai 4 x Isengard Scout Command 4 x Isengard Warrior Command 8 x Berserkers 4 x Uruk-hai Crossbows 1 x Mauhúr (Hero of Isengard) Every ingredient as come together for me to declare the opening of the Uruk-hai Season! Who are the Uruk-hai? Uruk-hai warrior painted in 2016 . " In the year 2475 of the Third Age a new breed of Orkish soldiery came out of Mordor. These were called the Uruk-hai. They were black-skinned, black-blooded and lynx-eyed, nearly as tall as Men and unafraid of light. The Uruk-hai were of greater strength and endurance than the lesser Orcs, and more formidable in battle. They wore black ar
2 comments
Read more 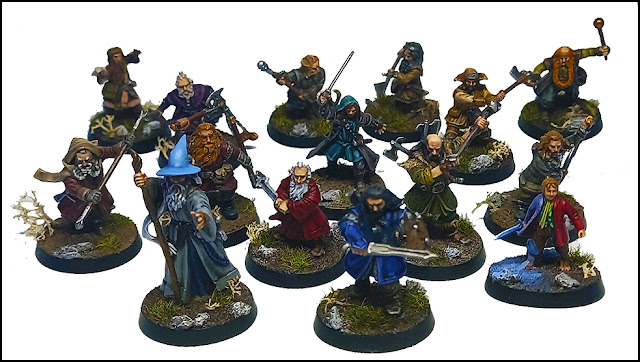 Well, this have surely been a marathon. With many ups and downs, breakings and re-engagings, I managed to go through all of the miniatures and scenarios from the Escape from Goblin Town starter set! After all the work (it all started here ), here follows my list of tutorials and progress made on these amazing miniatures: Oin  |  Gloin  |  Fili  |  Kili  |  Bifur  |  Bofur  |  Bombur  |  Ori  |  Dori   |  Nori   Dwalin  |  Balin  |  Thorin Oakenshield   Bilbo Baggins  |  Gandalf   | Radagast Goblin King | Goblin Town Warrior | Goblin [dipping method]   Now, enough with the chit chat: there goes my collection of family photos. Bilbo Baggins with Sting, Gandalf the Grey and Bilbo Baggins with a walking stick. Radagast the Brown and Gandalf the Grey. Balin, Thorin Oakenshield, Thorin with Orcrist and Dwalin. Bifur, Bofur and Bombur. Kíli and Fíli. Óin and Glóin. Ori, Dori and Nori.   And finally, representing the Goblin Town side of things , I'll leave here the Goblin King
2 comments
Read more 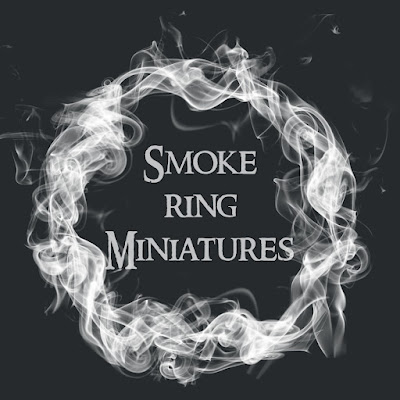 In April 2014 I've started this blog. At the time I called it "Middle Earth Minis", and through the past 8 years it has been my hobbying headquarters. When I first started, I was far from knowing the game would one day be called "Middle-Earth sbg", but now it does, and I'm gradually feeling that the widespread name has resulted in a certain devaluation of the name I have chosen back in 2014 (I acknowledge  it wasn't the most original name choosing from my part 😂). Well, today the name changes, and so begins a new chapter for me and the blog. The blog might maintain it's original name for a few months, but it will eventually change. From now on, my hobbying headquarters shall be called "Smoke Ring Miniatures" , inspired by Tolkien, Gandalf and Led Zeppelin, off course! Lets hope for some great miniature painting times!! "I'm my thoughts I have seen, Rings of smoke through the trees, And the voices of those who stand looking!&qu
2 comments
Read more 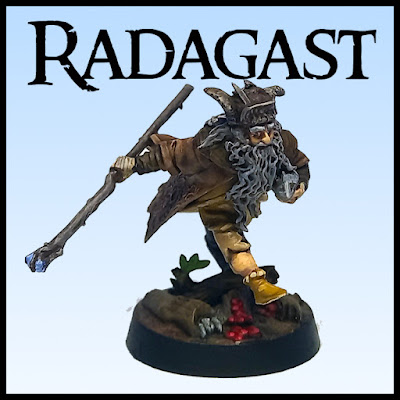 Mae govannen, mellon nín! Welcome to the final tutorial for the Escape from Goblin Town starter set.  After Bilbo Baggins  and Gandalf , the last miniature of this box is the "exclusive limited edition" of Radagast the Brown! First of all, I must say I didn´t like the characterization of Radagast in the Hobbit films. I found it too comical and idiotic for a Istar , so, I've always had a problem with that (much like with a lot of the dwarves, but those were already addressed). That said, I think G.W. did an outstanding work with this miniature, aesthetically. There are some issues though: there's some spots of it carelessly undefined (the under-cloak) and the rather complex assembling of the miniature gave me an unnecessary headache.  Nonetheless, the sculpt looks great, and the painting of this miniature was one of the funniest I had with the whole Escape from Goblin Town set! As usual, and before we get to the description of the character, here follows the list
Post a Comment
Read more 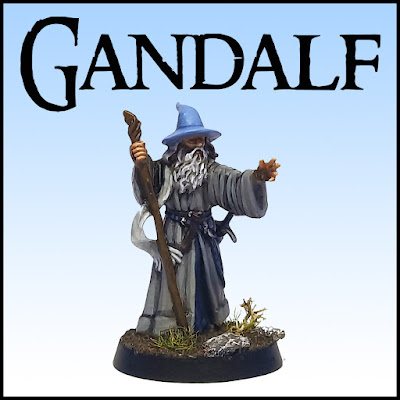 Mae govannen, mellon nín! Welcome to another tutorial my friends.  And what should follow after our Bilbo Baggins ? Well, Gandalf of course, the last member of Thorin's Company!  Like the rest of the Company, this plastic miniature is part of the Escape from Goblintown box set. Although I've painted already multiple Gandalf's (or should I write Gandalfar ??), I always enjoy doing so - it is my favourite Tolkien character.  This miniature ended up with a deficit of smoothness colour-wise, and I can't help to blame the varnishing process in the end. But well, it is finished, and I'm relatively happy with it. Up until now these are the already painted miniatures from Thorin's Company: Oin  |  Gloin  |  Fili  |  Kili  |  Bifur  |  Bofur  |  Bombur  |  Ori  |  Dori   |  Nori   Dwalin  |  Balin  |  Thorin Oakenshield  |  Bilbo Baggins As if you didn't knew already... Who is Gandalf? "Istari, Wizard of Middle-earth . In the Undying Lands, Gandalf was a M
Post a Comment
Read more
More posts