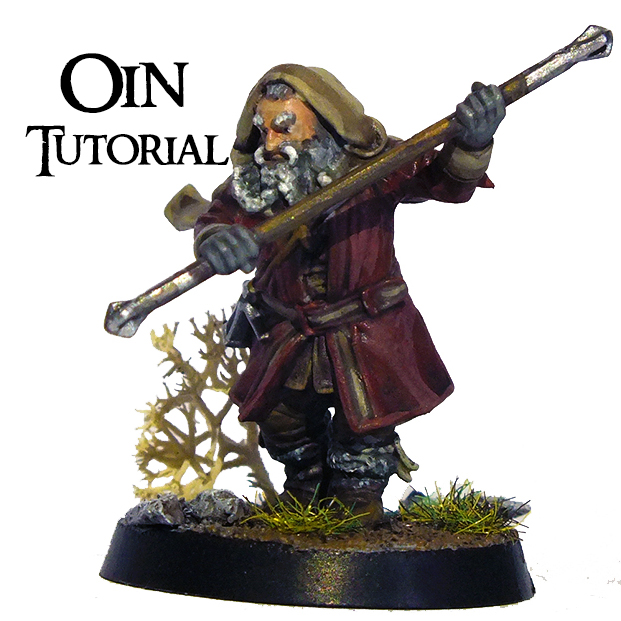 In this post I'll make a tutorial on how to paint Óin, the dwarf from Thorin Oakenshield's Company, a miniature from the Escape from Goblin Town starter box (Games Workshop).

While I can say I really enjoyed painting him, this is one of those miniatures which the final result doesn't exactly match the expectations. But well, the secret is to always keep on going!

I've made a minor error since the beginning and, lucky me, it was easily solvable: The hands of Óin are supposed to have gloves, and I have painted them with skin tones. It's a clear case of low planning of the painting session.

But, before we get to the painting tutorial, a little bit of lore, as usual...

After the slaying of Smaug the Dragon and the re-establishment of the Dwarf-kingdom under the Mountain, Óin settled for a time in Erebor.

However, in 2989, he set out with Balin and Ori in an attempt to re-establish a Dwarf kingdom in Moria.

He was killed there in 2994, by the monster called the Watcher in the Water.".

First of all, an ultimate necessity to repeat myself, and I can't stress this enough: Do not paint the hands with skin tones!

Now that that's out of the way, let's move to the tutorial! 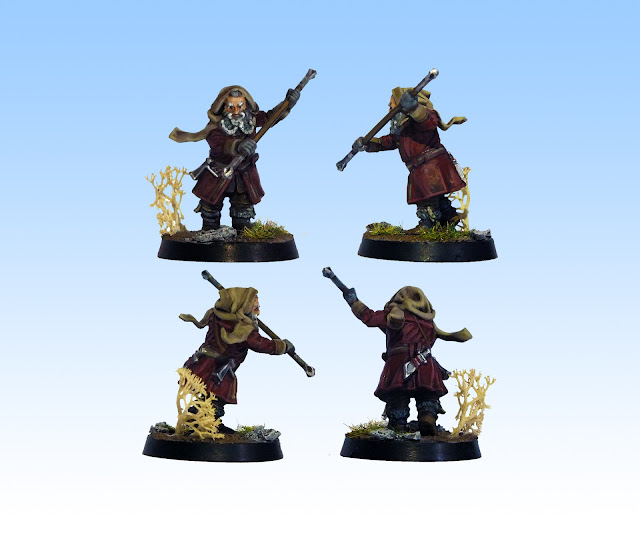 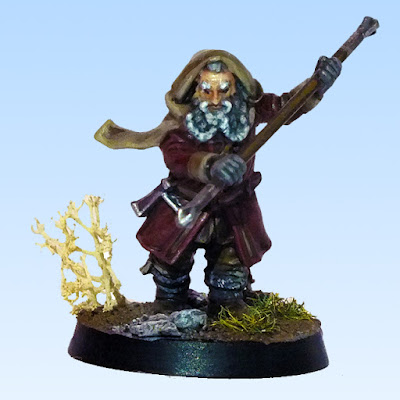 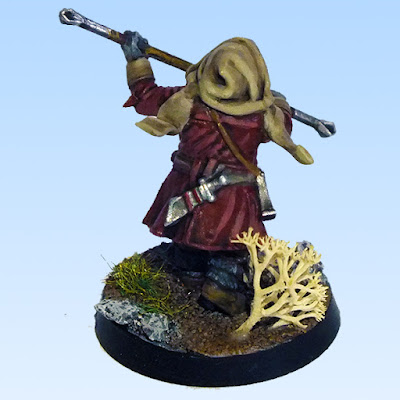 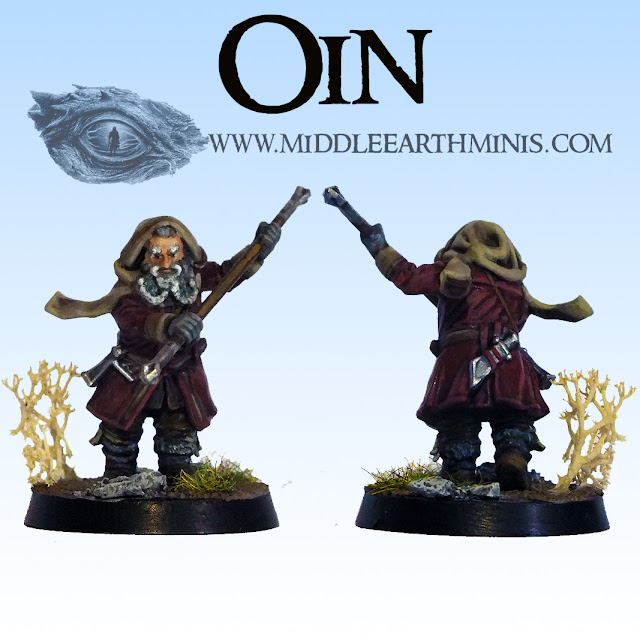 And that's all for now my friends!
The next tutorials will be focused on Gloin, Fili and Kili!
I really hope you find this tutorial useful!
Until next time! Keep on Painting and Wargaming!