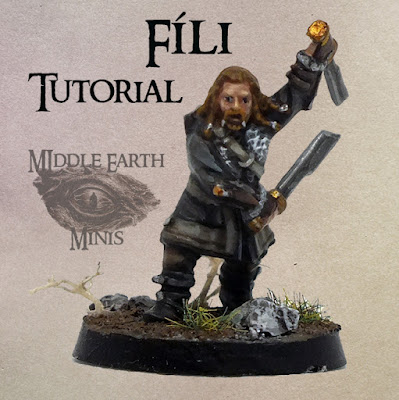 Mae govannen, mellon nín!
In this post I'll make a tutorial on how to paint Fíli, yet another dwarf from Thorin Oakenshield's Company, a miniature from the Escape from Goblin Town starter box (Games Workshop).

The main problems I found with this mini were, by my mistake, the molding lines (which I forgot to clean) and the very pour sculpting in certain areas (like the hands, that have a tremendous lack of detail).
Aside that, this was a very pleasing miniature to paint, and I very much enjoyed playing with the many different tones of grey.

In the year 2941 of the Third Age, Fíli joined the Quest of the Lonely Mountain, which eventually resulted in the slaying of Smaug the Dragon and the reclamation of the Dwarf-kingdom under the Mountain at Erebor.

Fíli and his brother, Kíli, were so fiercely loyal to their uncle that both were slain while defending the dying Thorin in the Battle of the Five Armies." 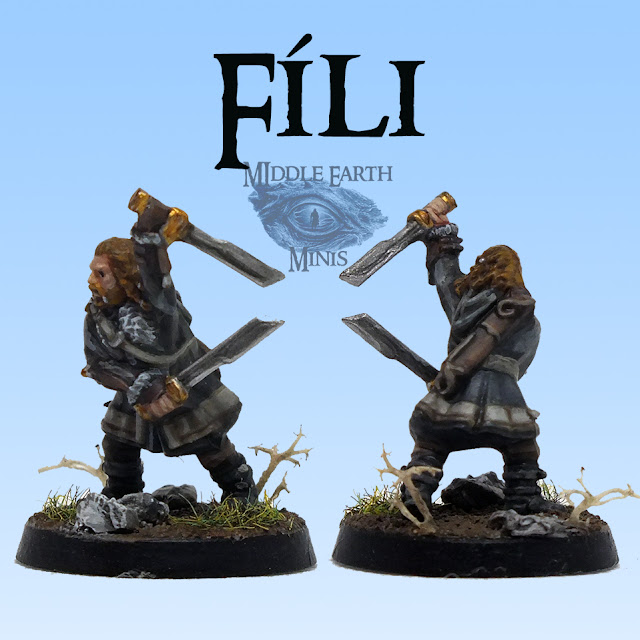 And that's all for now my friends!
The next tutorials will be focused on Kíli and Bifur!
I really hope you find this tutorial useful!
Until next time! Keep on Painting and Wargaming!