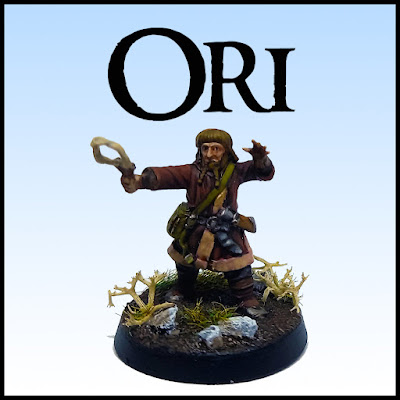 This time I will present my painted Ori, a slingshot user, peculiar dwarf.

Without much surprise, Ori is a  miniature from the Escape from Goblin Town box set, sculpted in plastic.

"Ori was one of the thirteen Dwarves of Thorin's company who journeyed to Erebor to challenge the dragon Smaug. After the death of Smaug, Ori lived at the Lonely Mountain until he went to Moria as part of Balin's ill-fated attempt to re-take the ancient mansions of the Dwarves.

In T.A. 2989 Ori (and Óin) had followed Balin with a colony of Dwarves in an attempt to reclaim their ancient mansions of Khazad-dûm, which were already occupied by the Goblins. At first the colony did well, but less than five years later Balin was killed, the Orcs returned and took the East-gate, and Óin's group that he took west to the West-gate was destroyed except for a few.

Ori retreated to the Chamber of Mazarbul where Balin's Tomb was laid. He wrote the last pages in the Book of Mazarbul before he and the last few remaining Dwarves perished during a final stand. As Ori knew there was no hope to escape, he continued writing in the book, hoping that someone would find it, and would know what happened to them." 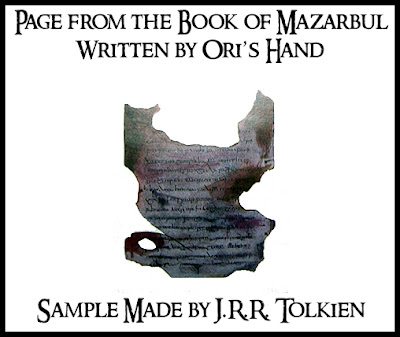 How to Paint Ori? 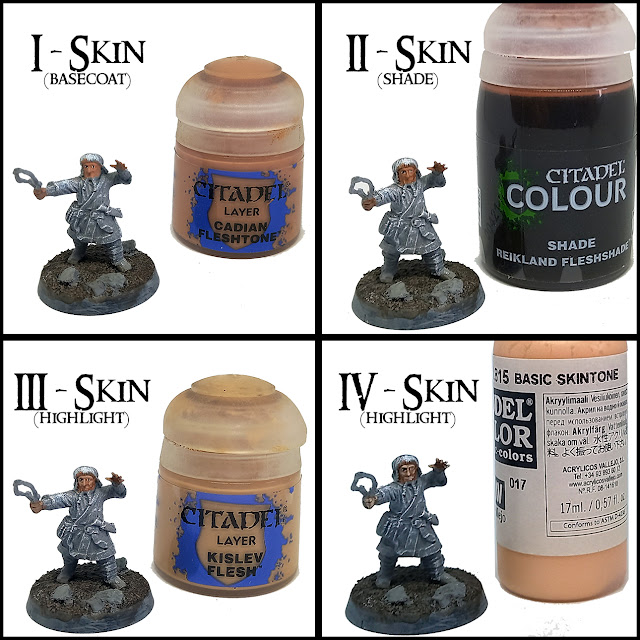 As usual, I started by painting the miniature's skin.

I: Basecoat the skin parts;

III: Highlight the skin with a lighter skin tone;

IV: Highlight further the skin, this time focusing on the eyebrows, nose, lips, cheeks and fingertips. 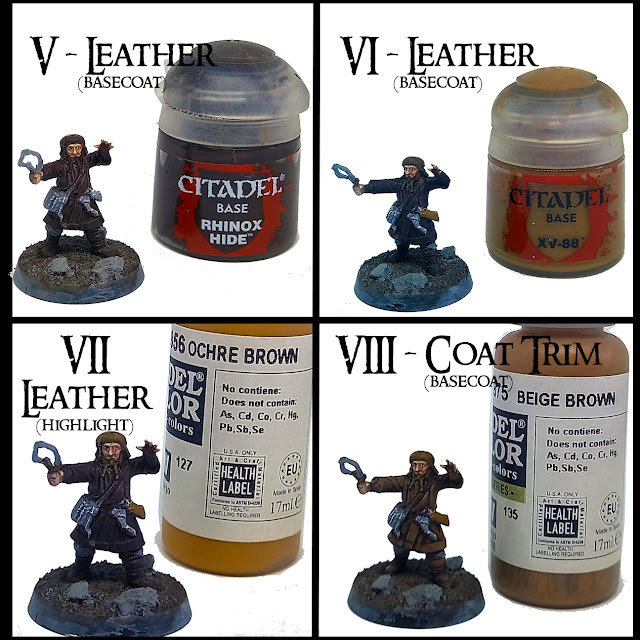 After the skin I painted the hair, boots, gloves and the coat.

V: Basecoat the hair, boots, gloves and coat with a dark brown;

VI: Basecoat the knife scabbard with a medium tone brown;

VII: Highlight the hair, beard, gloves and knife scabbard with a yellowish brown;

VIII: Basecoat the entirety of the coat trim with a lighter brown. 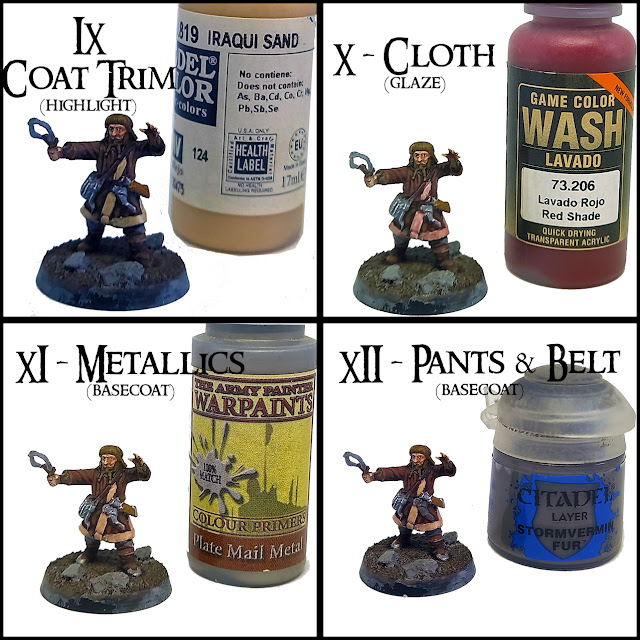 Time to finish the cloth and to start painting the belt.

IX: Highlight the coat trim with a sand toned brown;

X: Give the entire coat a red glaze wash (thinned down with medium) to tint the cloth parts;

XII: Basecoat the belt and pants with a dark grey (with a hint of brown). 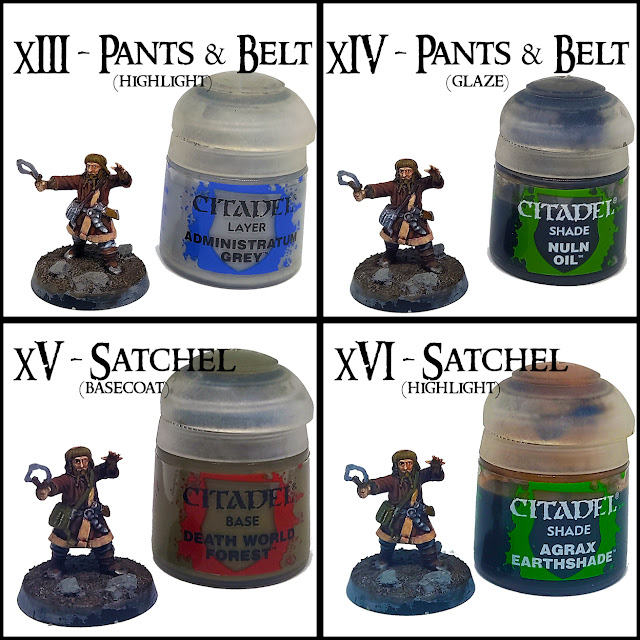 XIII: Highlight the pants and the belt with a light grey;

XIV: Glaze the previously painted pants and belt with a diluted black wash, to blend the greys together;

XV: Basecoat the satchel with a dark earthy green;

XVI: Shade the satchel with a brown wash (ignore the mistake in the image: this step is meant to provide a shade and not highlights). 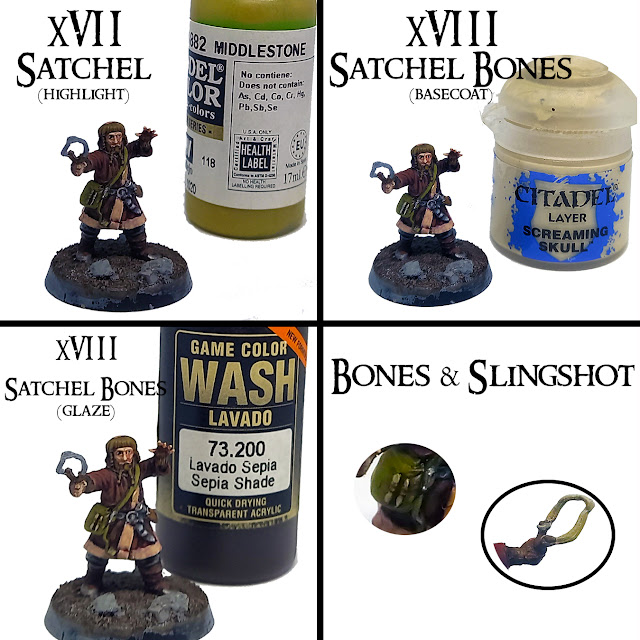 XVII: Highlight the green satchel with a lighter earthy green;

XVIII: Basecoat the satchel bones and the slingshot strings with a bone toned brown (I have also highlighted those parts with white);

XIX: Glaze the bones and the slingshot with a sepia wash.

After all these steps are done Ori is ready to be based and varnished! 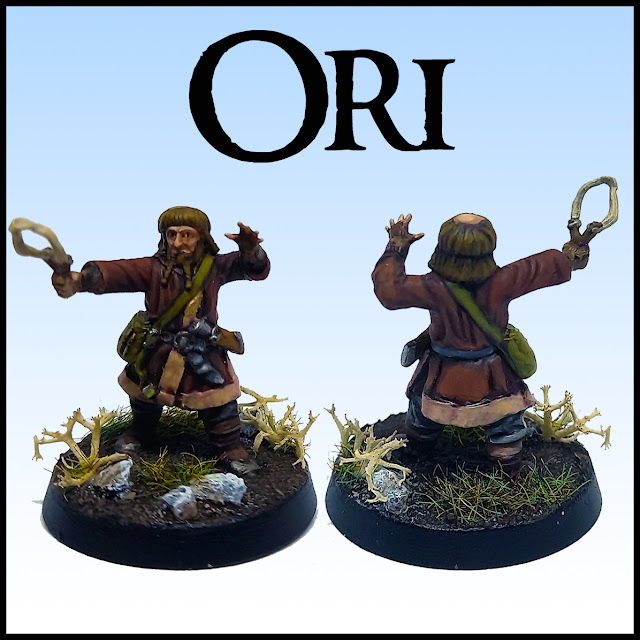 With the Showcase we conclude another tutorial!
Hoping it will be helpful to someone out there.

Until next time! Keep on Painting and Wargaming!
Namárië!