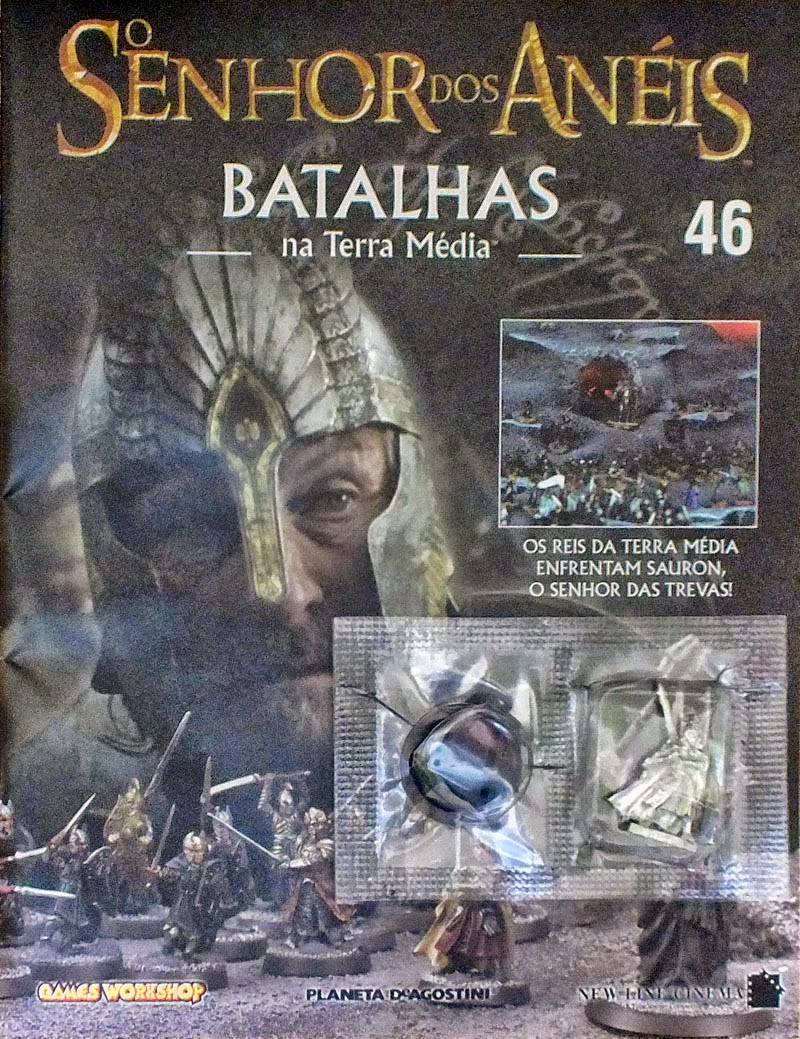 Elendil and his sons - Isildur and Anárion - were the founders of the kingdoms of Gondor and Arnor.
He was the wielder of the legendary sword which cut the ring from Sauron's hand (wielded by his son Isildur at that specific moment) - Narsil !
In that battle, Elendil was leading the army of men of the last alliance (between elves and men), being killed in that same battle by no other than Sauron!!!
Great character, and great king he was...


This model of Elendil is really pretty: great pose, awesome detail and beautiful color scheme.
I must admit that I'm a bit disappointed by the final result on him, since I desired to do much better, but well... I'm still in a process of improving my skills and I'll have to learn from all the mistakes I do along the way :)

Anyway, the miniature was a lot of fun to paint, especially the shiny armour and the clothes. The reds particularly are truly eye catching. 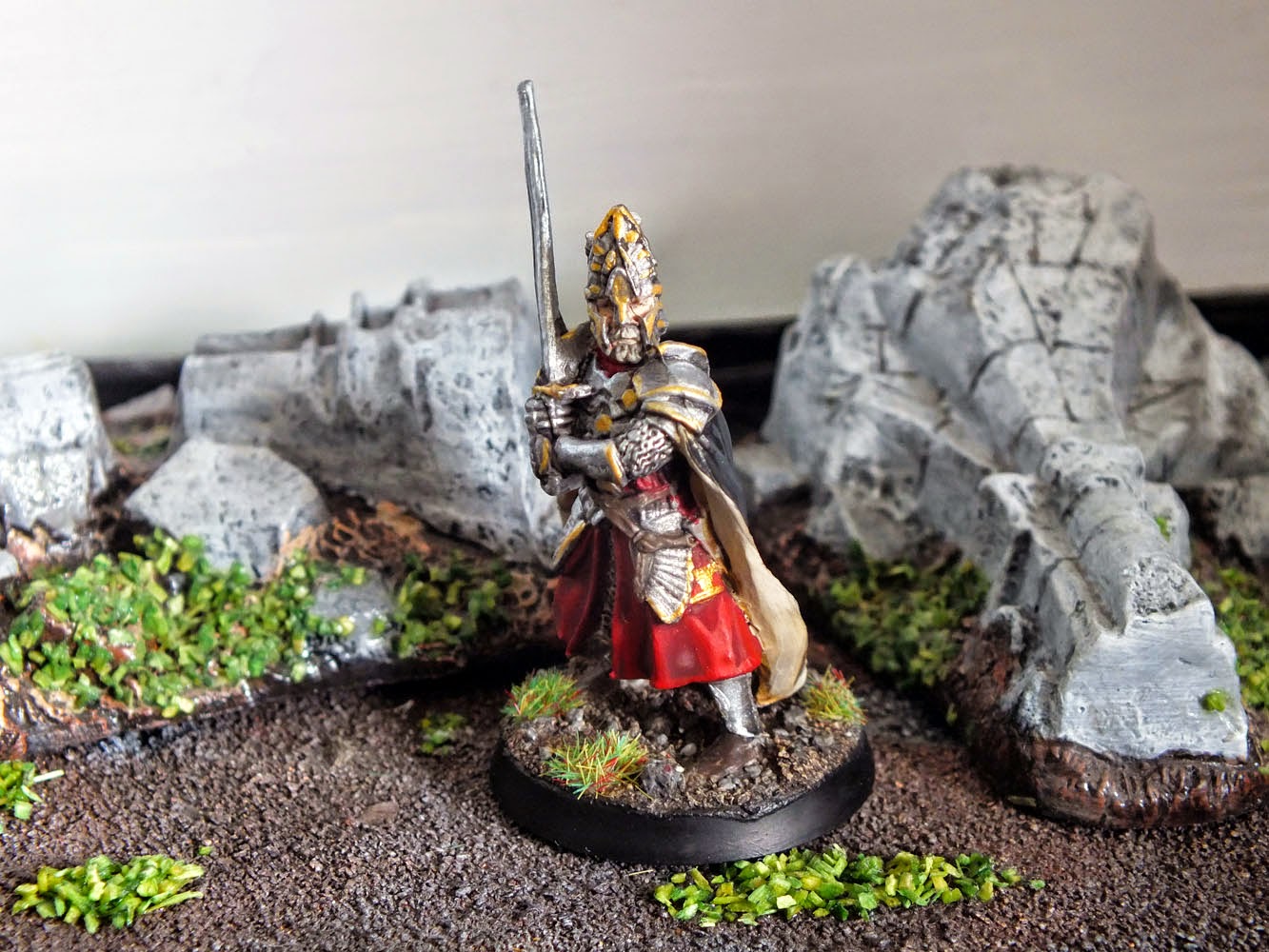 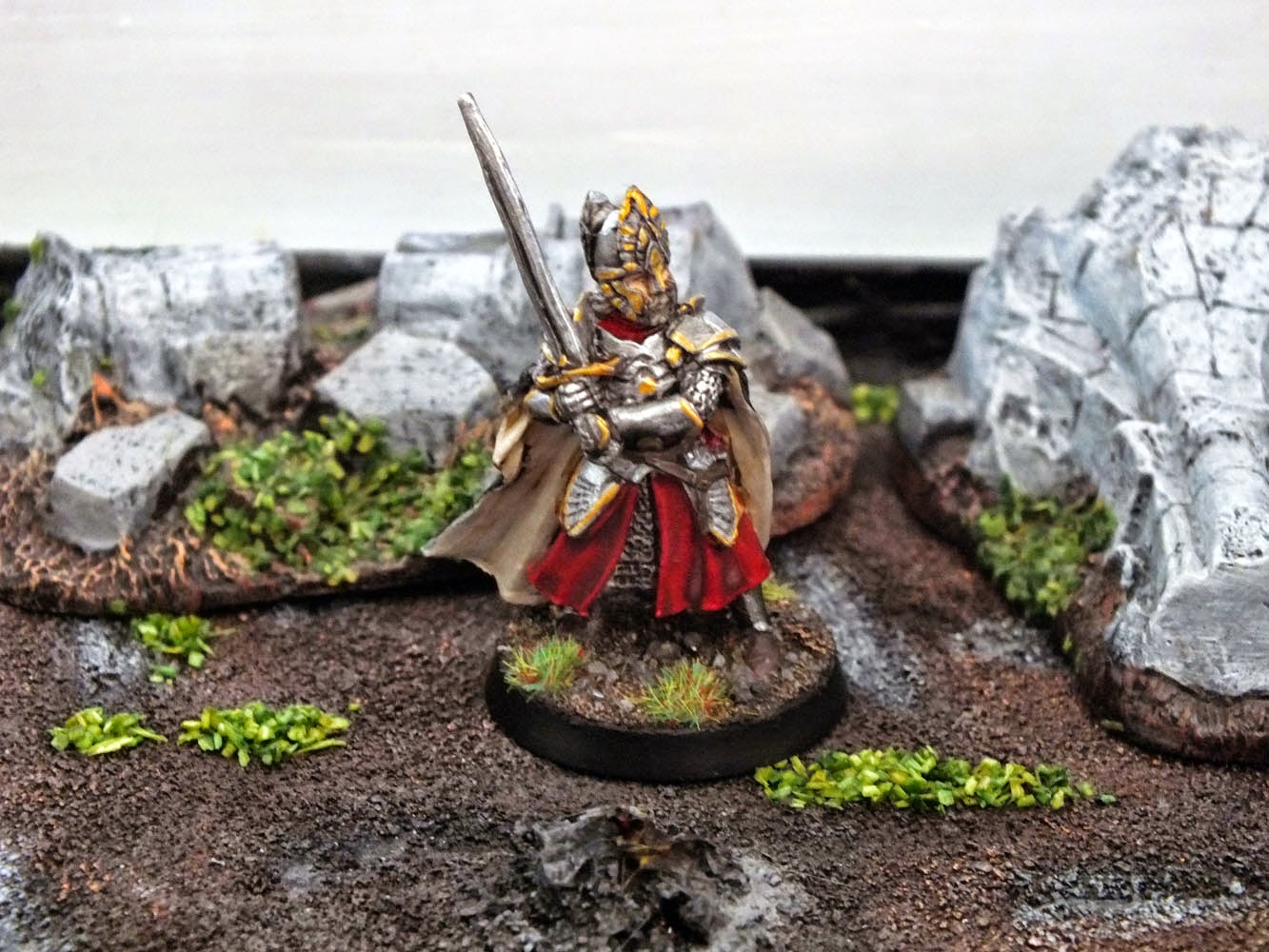 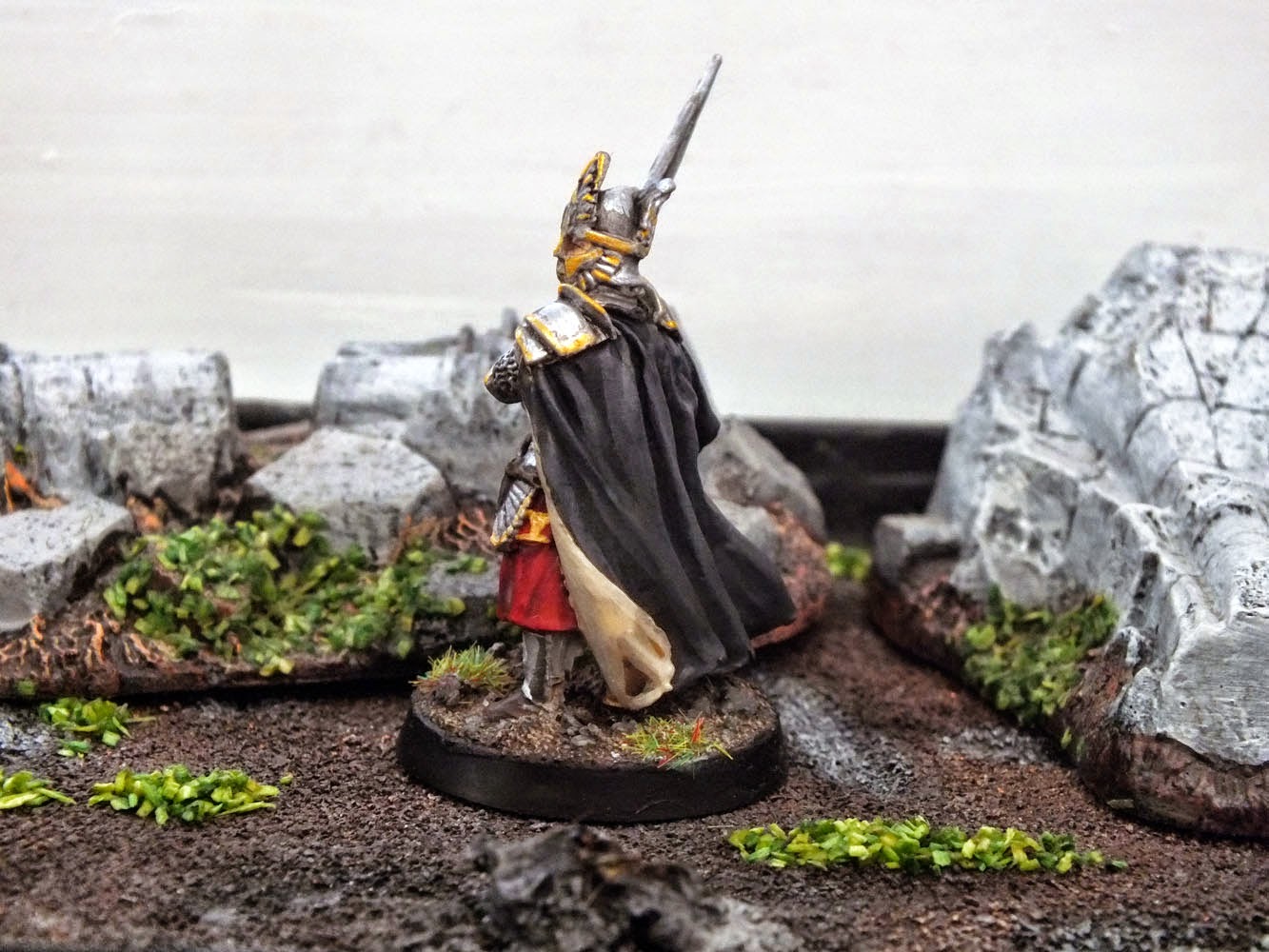 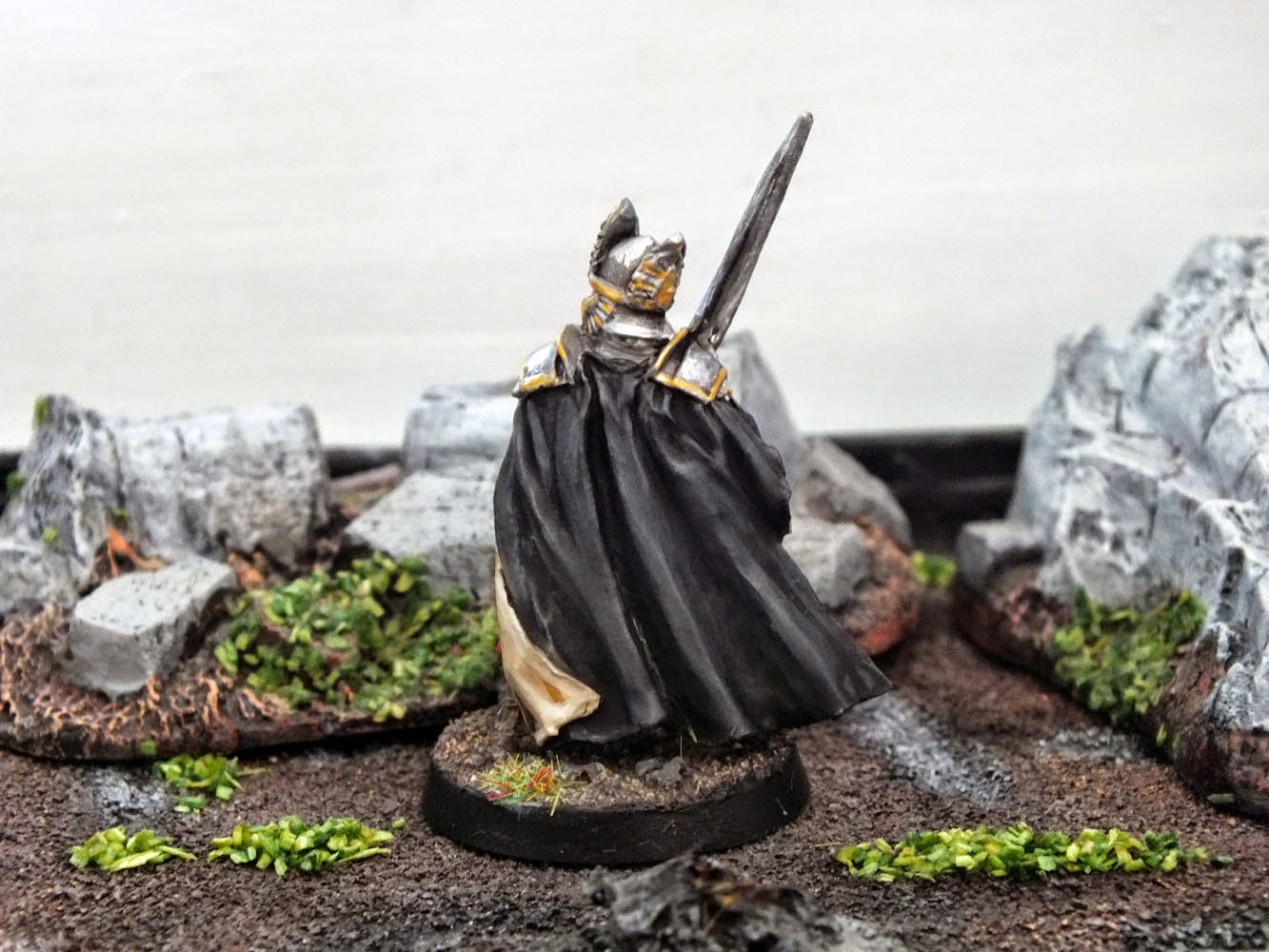 As usual, any suggestions and tips are very welcome :)
I hope you guys like my Elendil.