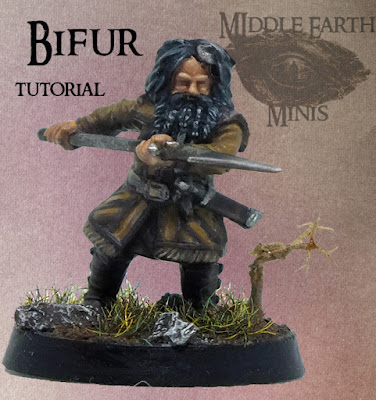 Another post about how to paint a miniature dwarf from Thorin's Company, and this time it's Bifur!

Funny thing about this character is that, for Peter Jackson's film adaptation, they used his name as a short for "bifurcation", hence the axe carved in his head (much like Óin being deaf).

About the miniature, it was a very enjoyable painting session. I decided not to paint the eyes (as they're pretty much shut), tried for the very first time the zenital priming, and finally, overall, I'm really happy with how his beard turned out!

Bifur went on the Quest for Erebor which, in 2941 of the Third Age, resulted in the death of Smaug the Dragon and the re-establishment of the Dwarf-kingdom under the Mountain.

He survived the Battle of Five Armies, thereafter he settled in Erebor." 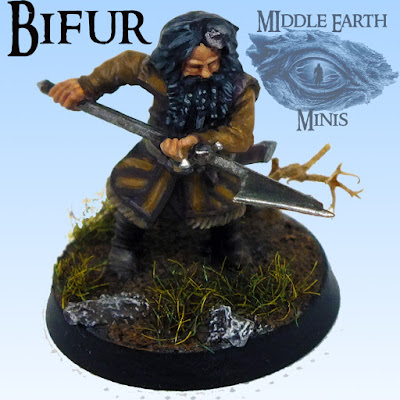 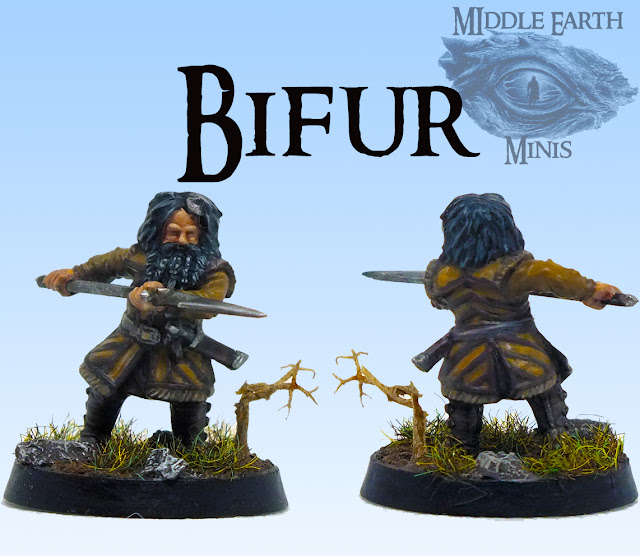 And that's all for now my friends!
The next tutorial will probably take a bit since I didn't yet paint more dwarves.
I really hope you find this tutorial useful!
Until next time! Keep on Painting and Wargaming!