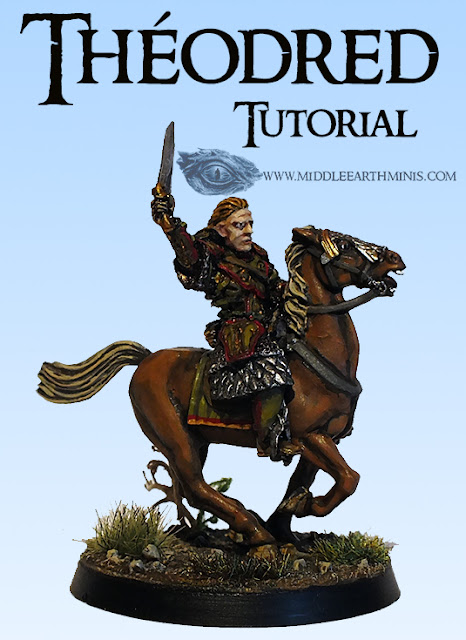 Mae Govannen!!! ... and welcome to this blog post dedicated to Théodred, son of Théoden! 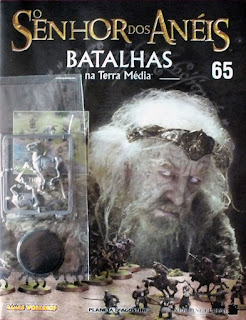 This miniature comes with the Battle Games in Middle-Earth issue number 65 and it's the last of the series (they've only released 65 numbers in my country), which gets me to have mixed feelings, but I'll surely dedicate a full post to this matter in the future.

Prince of Rohan and only son and heir to king Théoden and queen Elfhild.
Théodred sadly dies while his father's mind is under control of Saruman by the medium of Grima Wormtongue.

Prince Théodred was the second marshal of Rohan and commanded the western hosts of his country, being slain by an orc in the first battle of the Fords of the Isen river.
Grimbold, one of the commanders at the battle, boldly defended Théodred's body.

By Théodred's death, Éomer became the heir to the throne of Rohan.


... and this finalizes the miniature!
The next step is to glue Théodred to his horse ans base the miniatures the way you find more suitable. 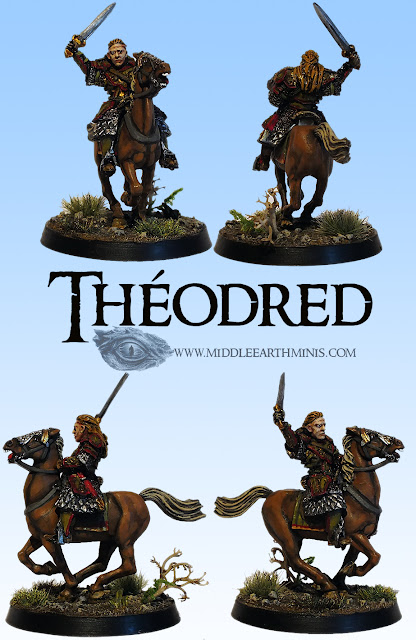 As always, I hope you have enjoyed my little tutorial.
Keep on painting and war-gaming!!!!!