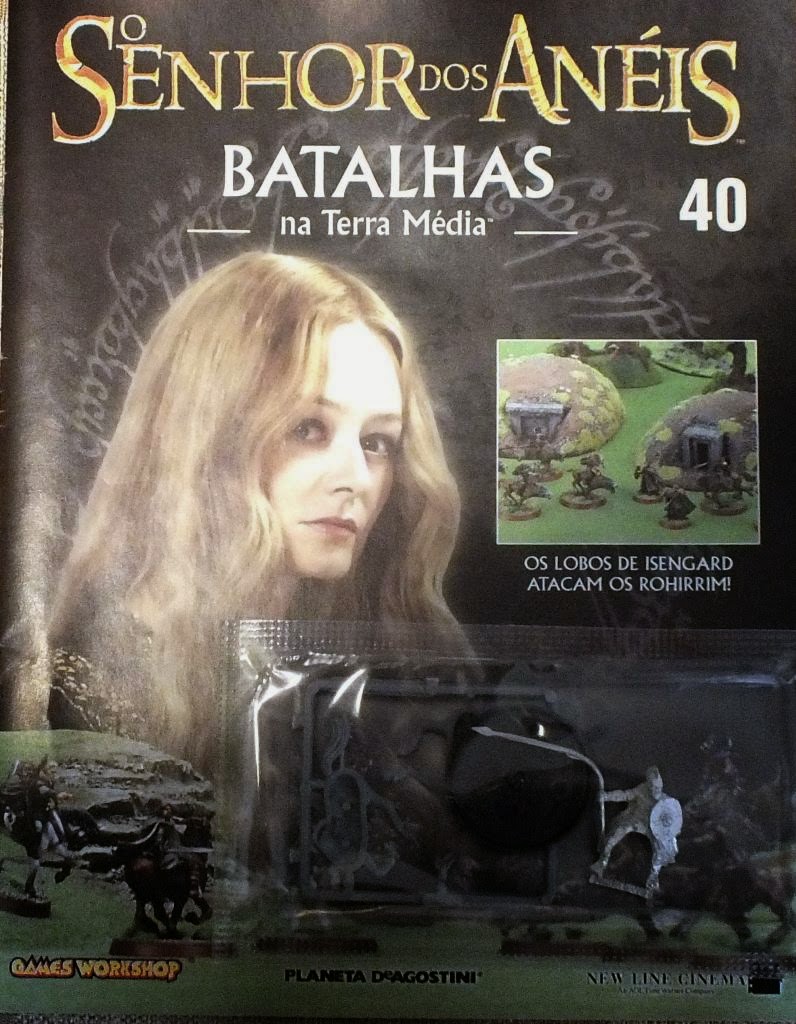 They were the most promising warriors of the kingdom. During times of peace, they served primarily in Edoras guarding the doors to the Golden Hall.

In this miniature the spear got broken leaving me desolated. After trying to glue it back for 3 days unsuccessfully, i decided to make a little different approach.
I think this is my first conversion (really small) ever xD

I decided to glue a spare Numenorean sword and then glue the spear in the base. 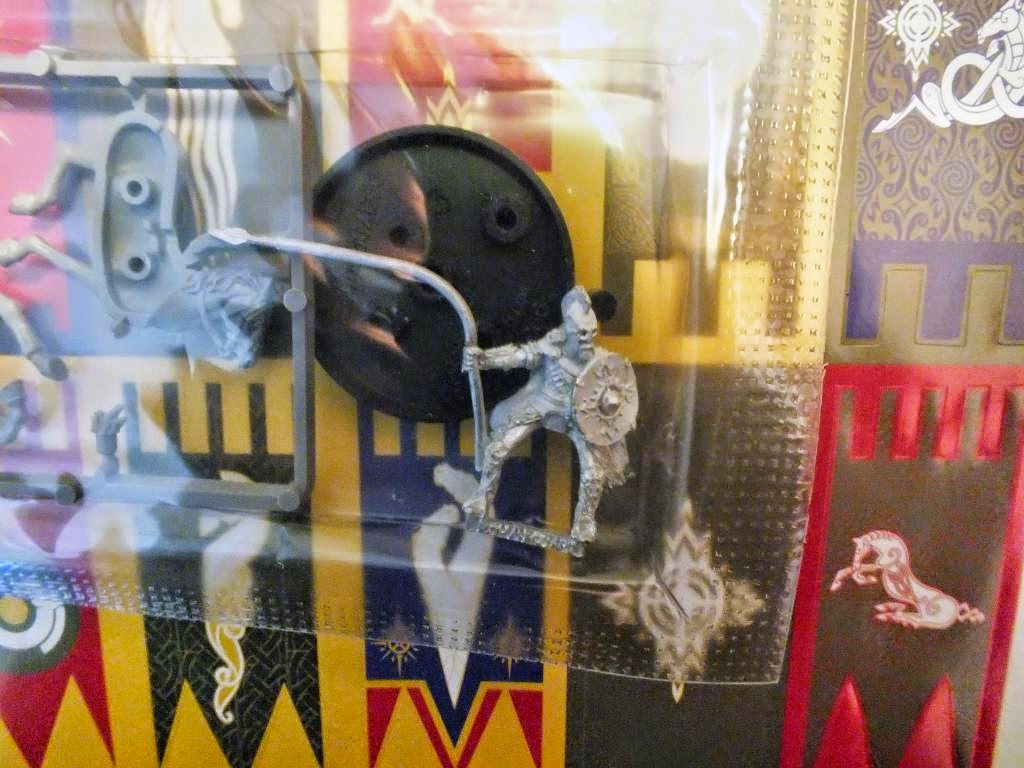 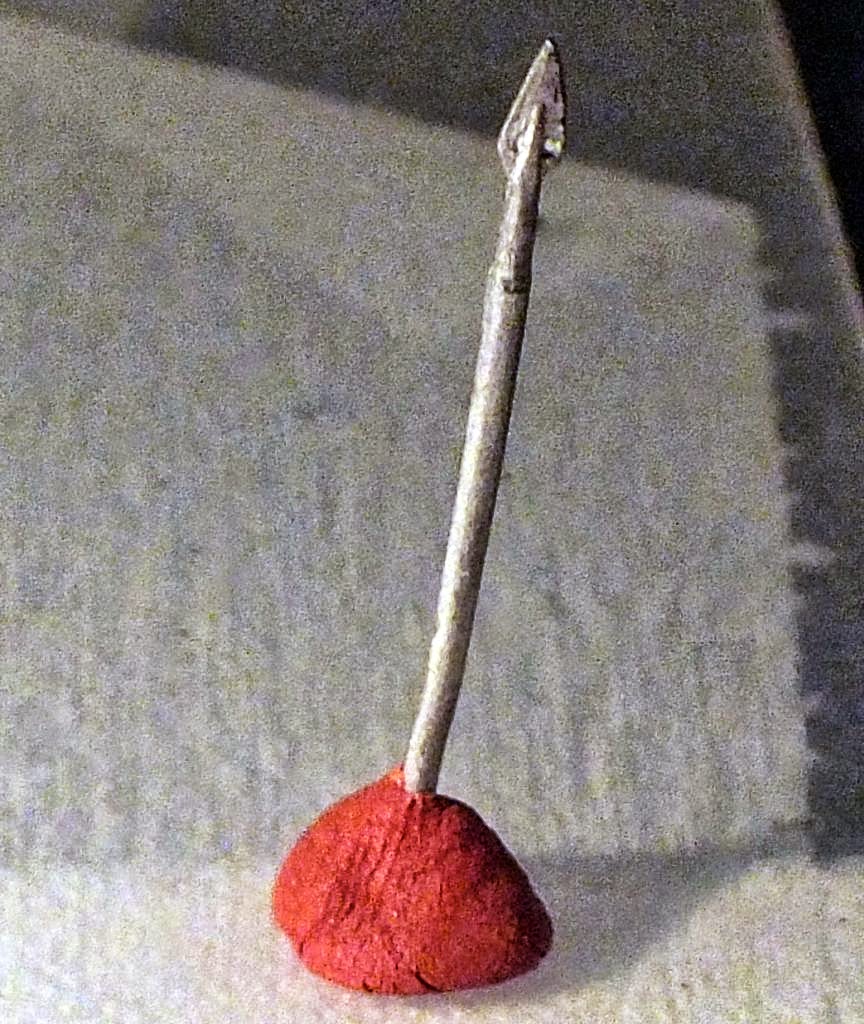 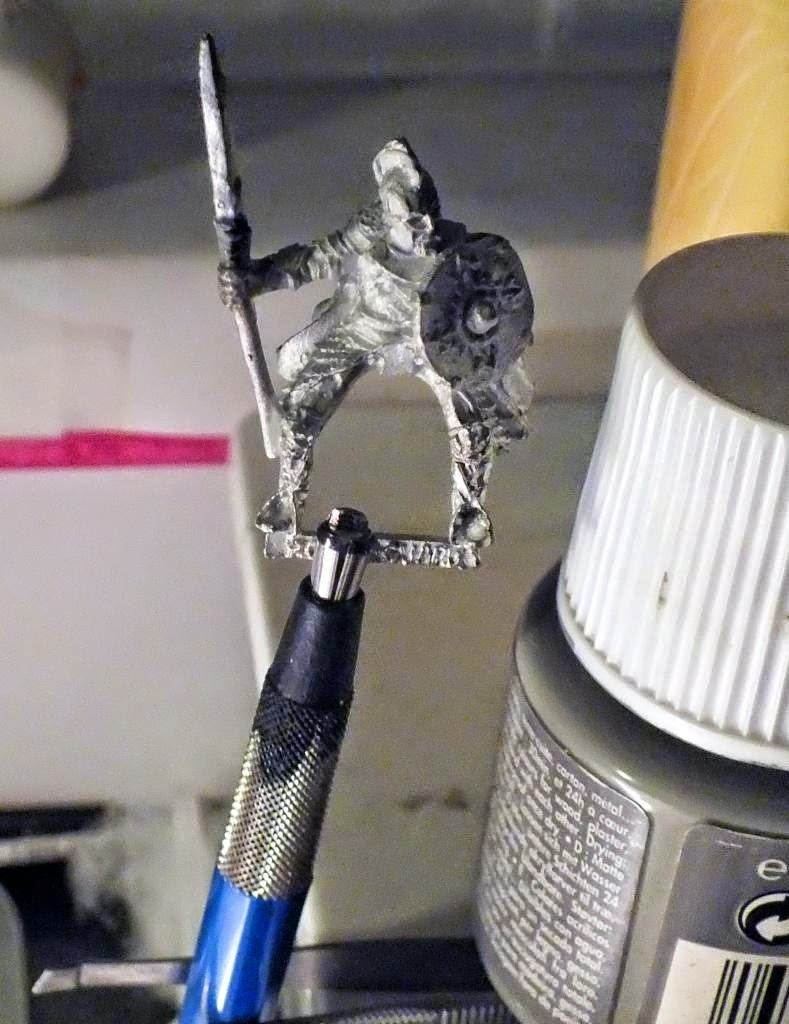 And this were the paints used: 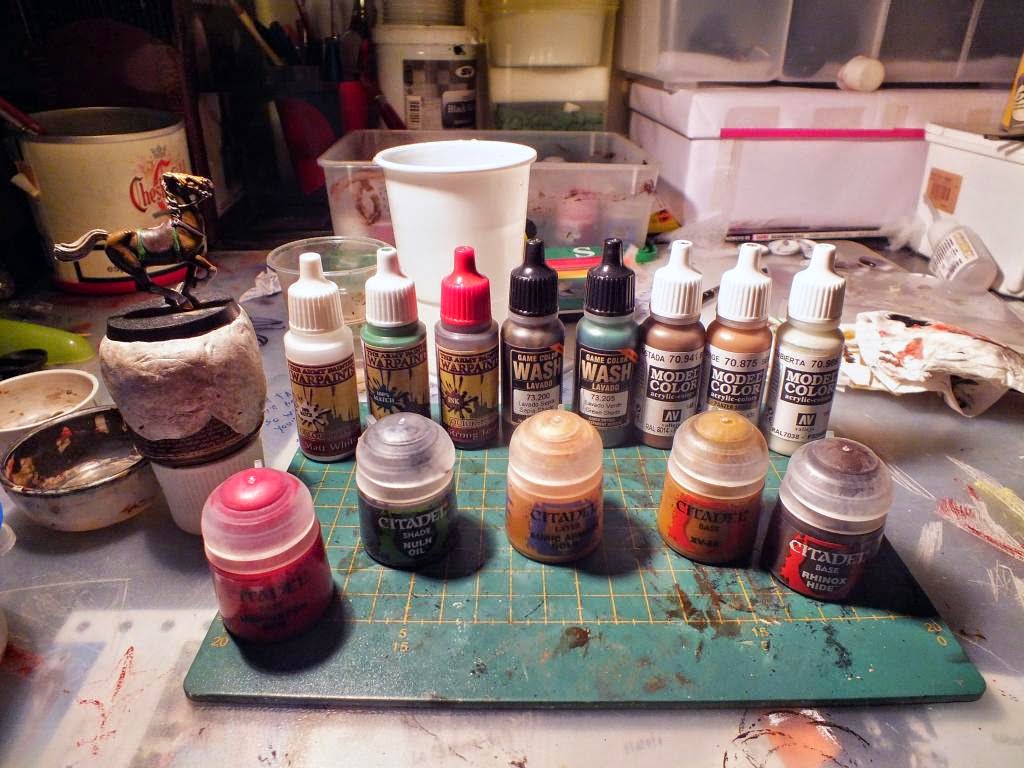 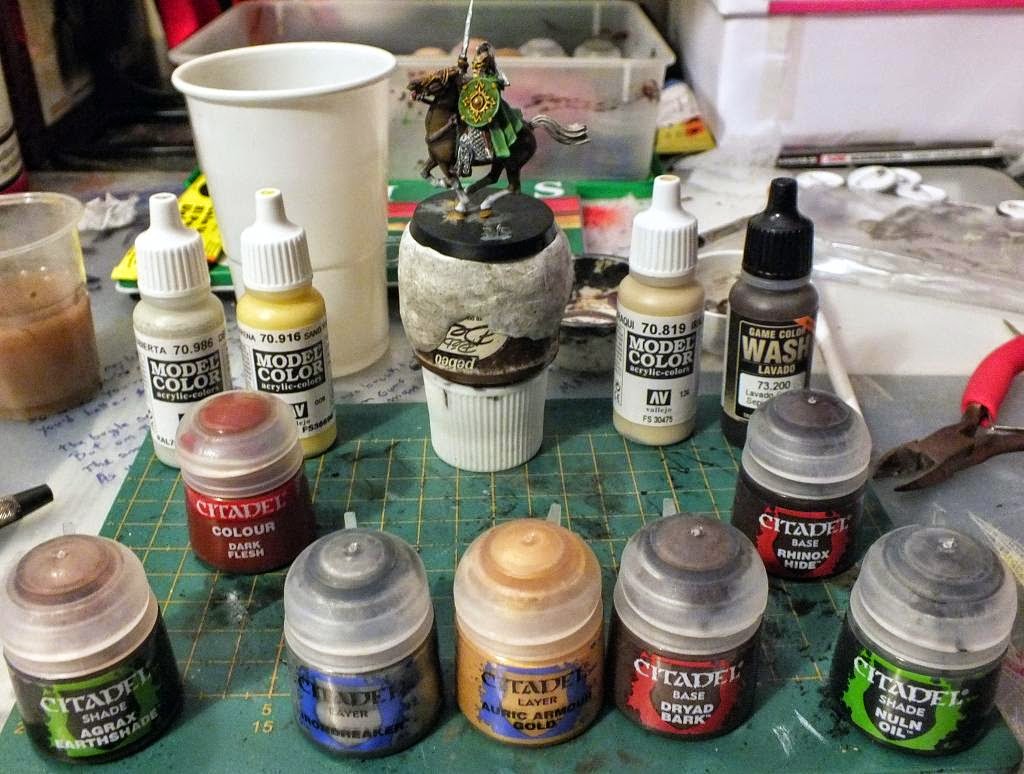 And now, the finished Rohan Guard: 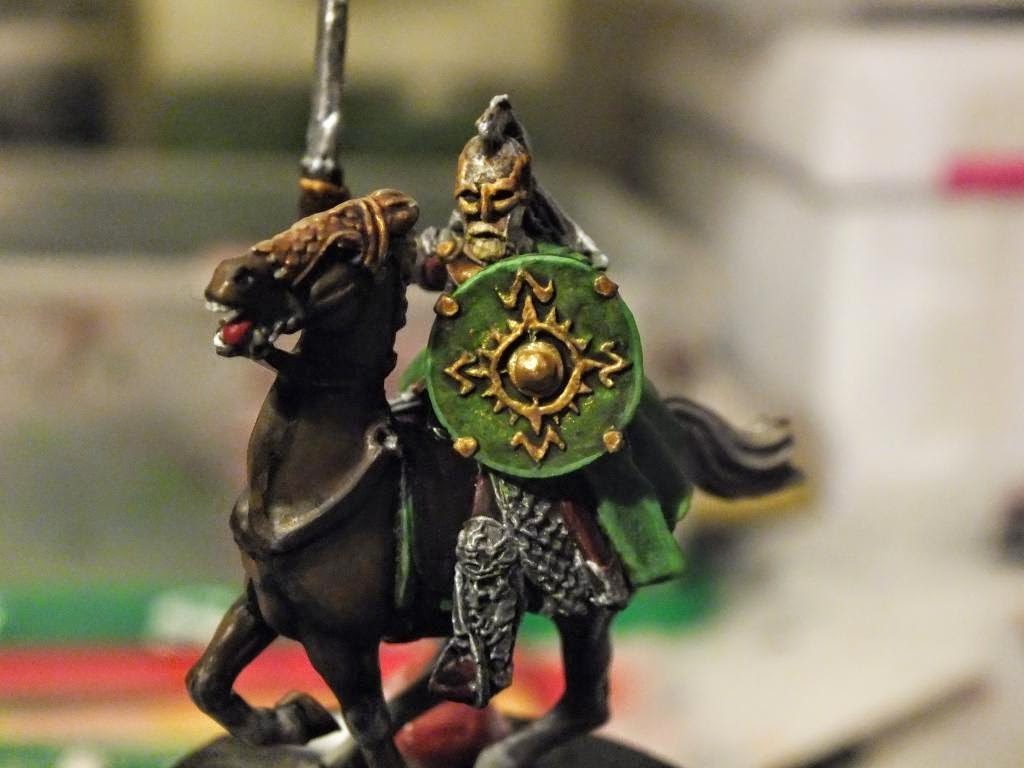 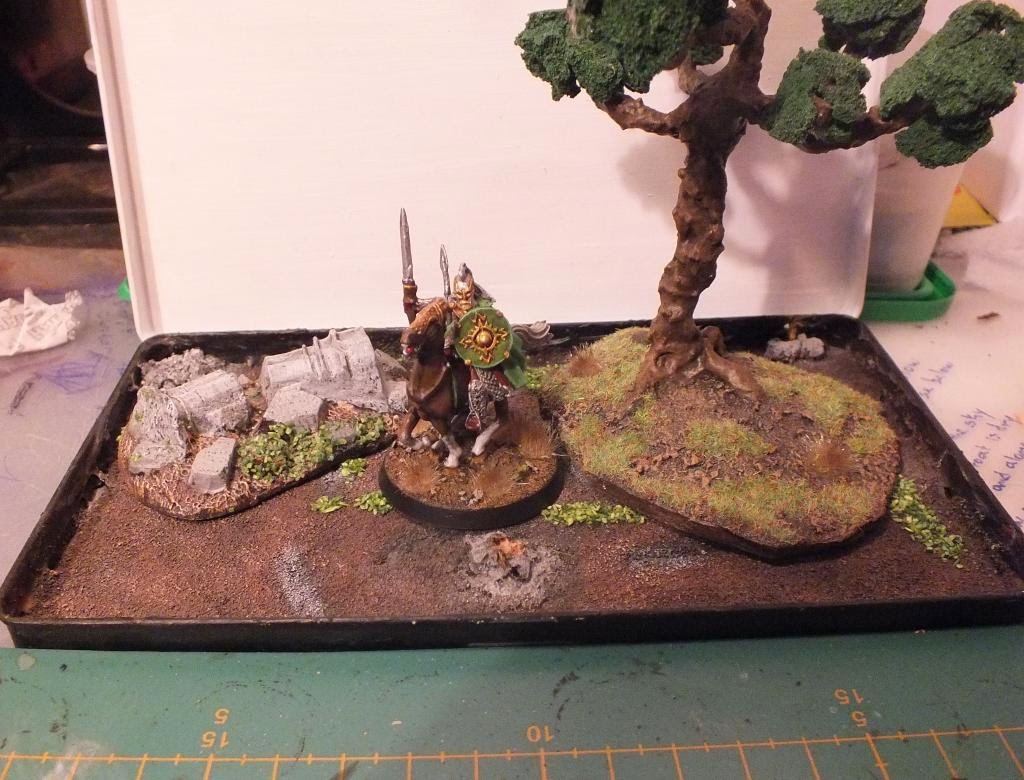 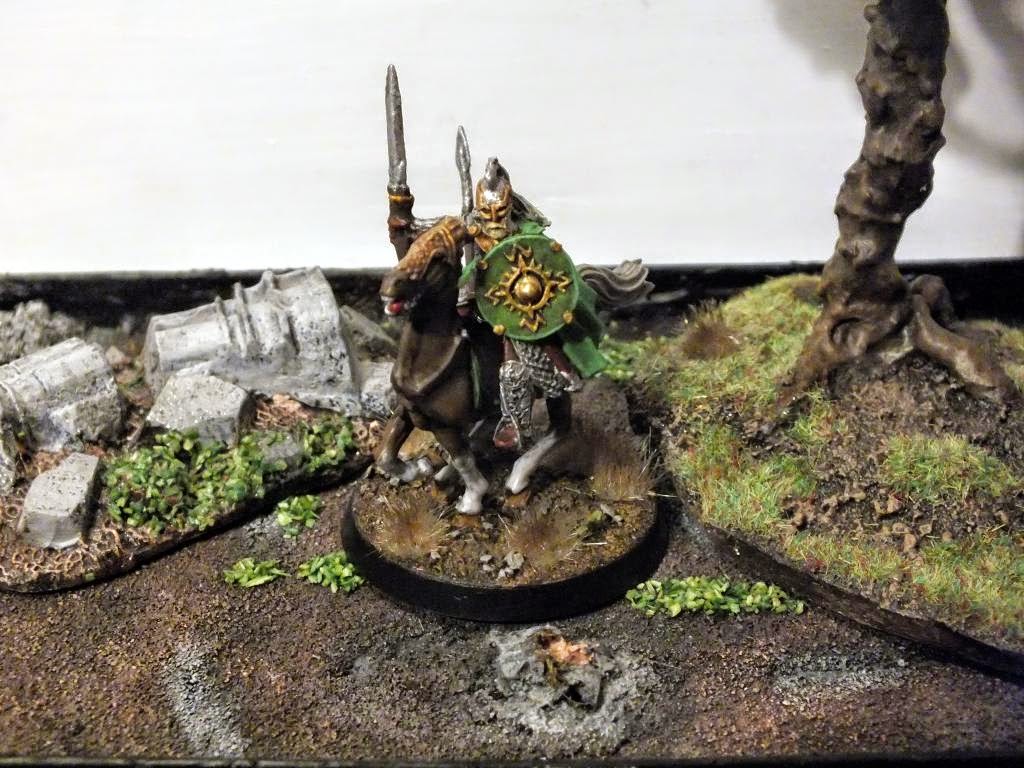 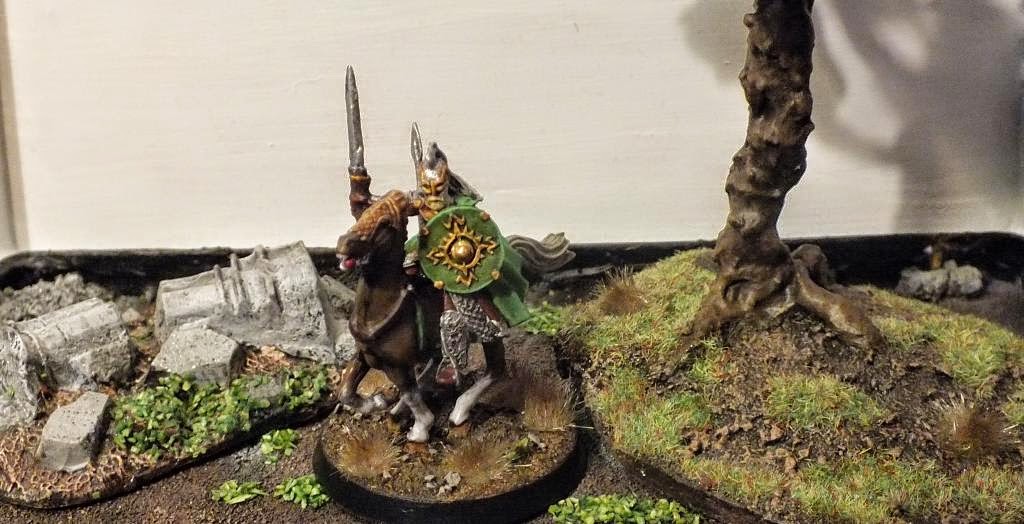 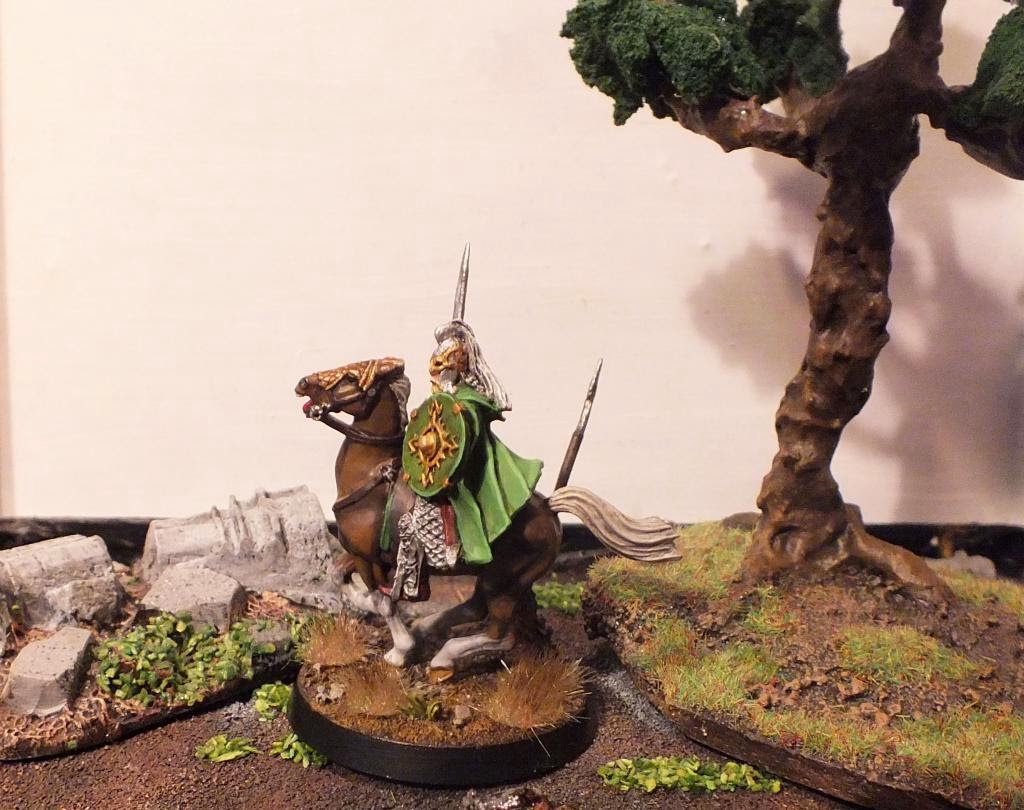 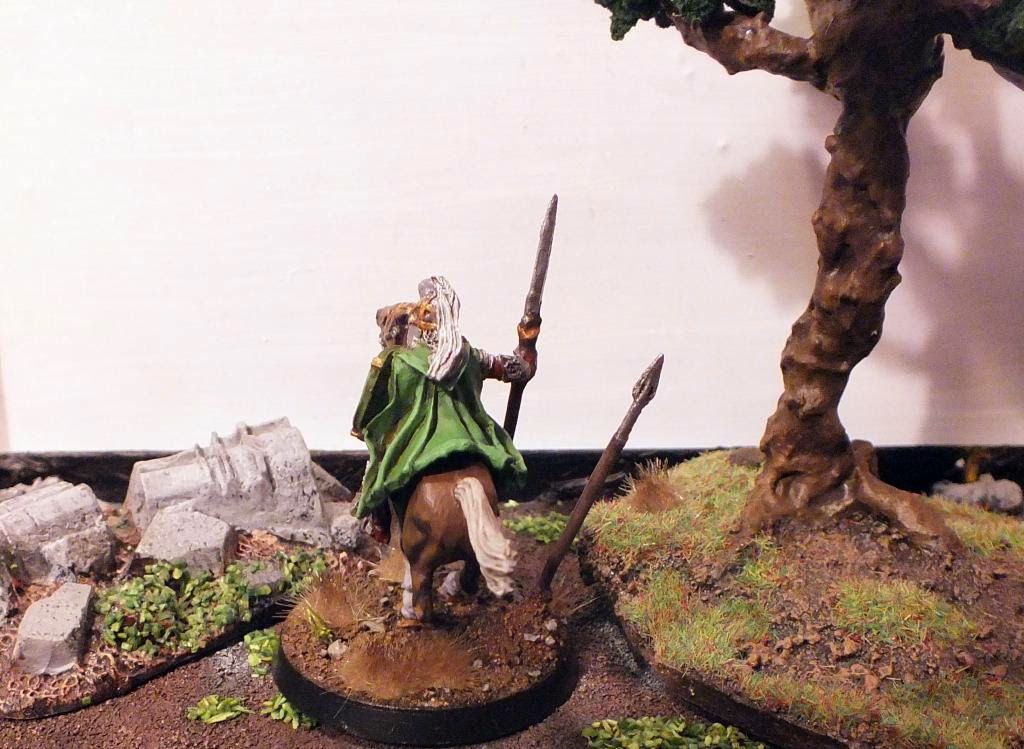 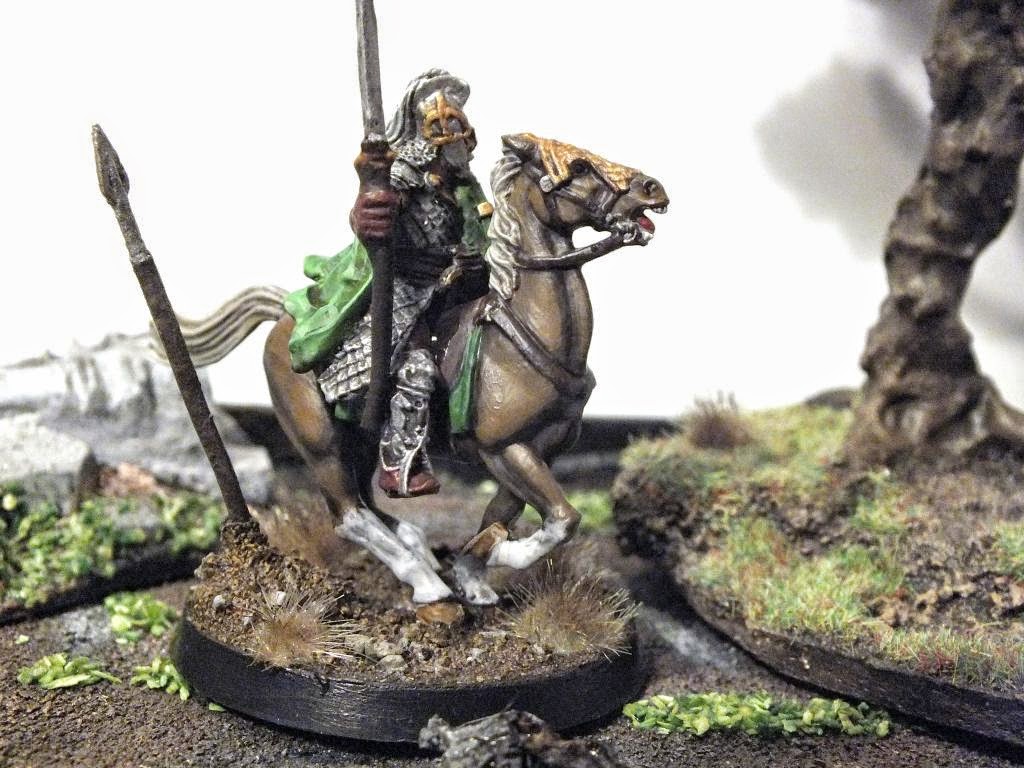 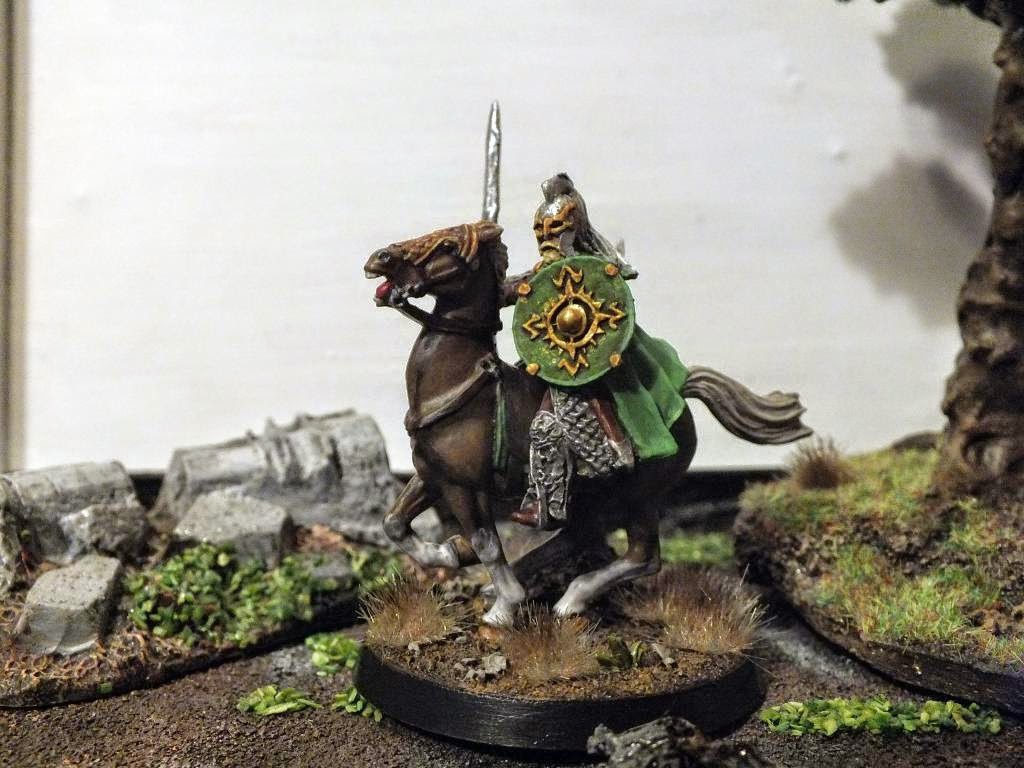 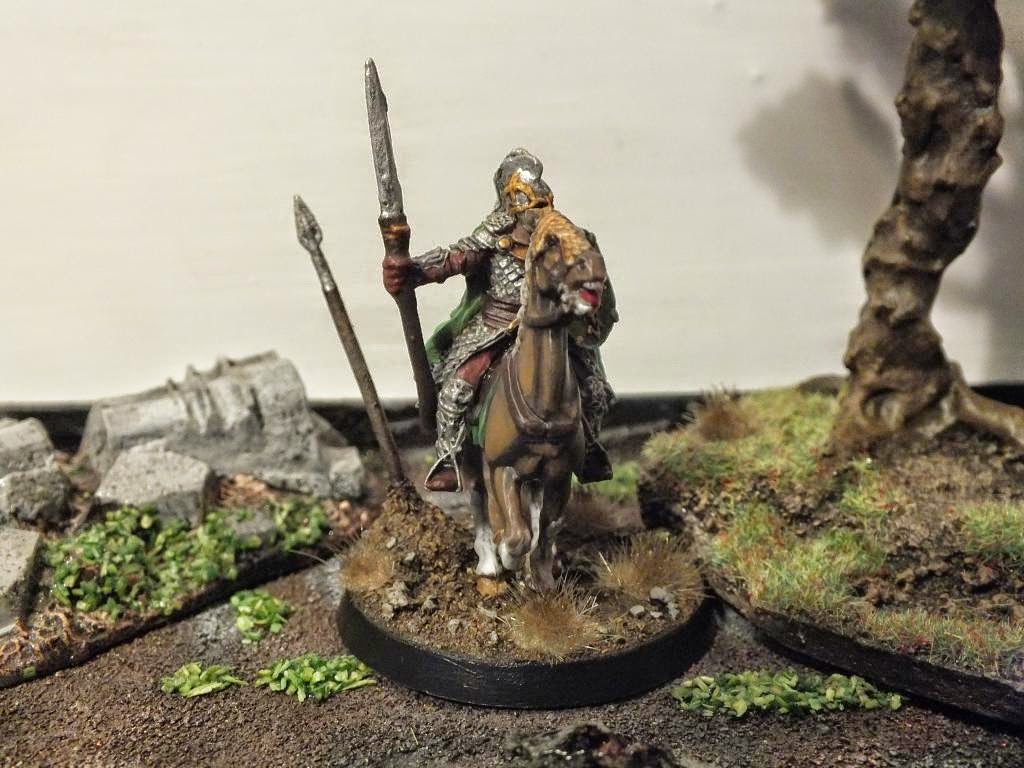 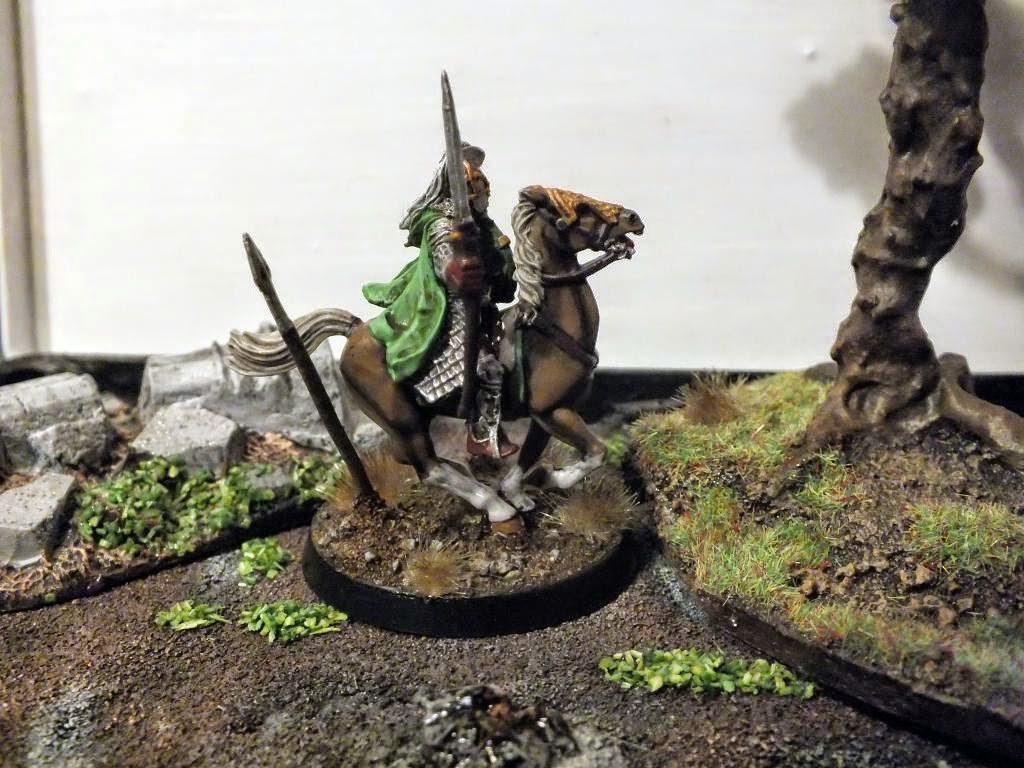 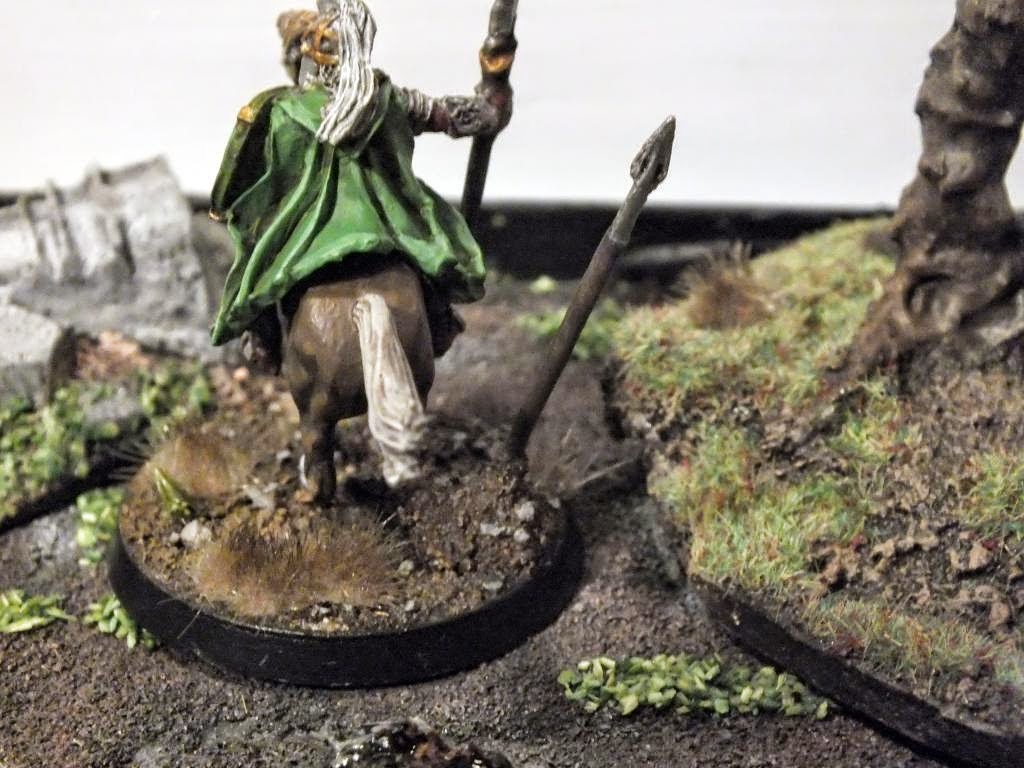 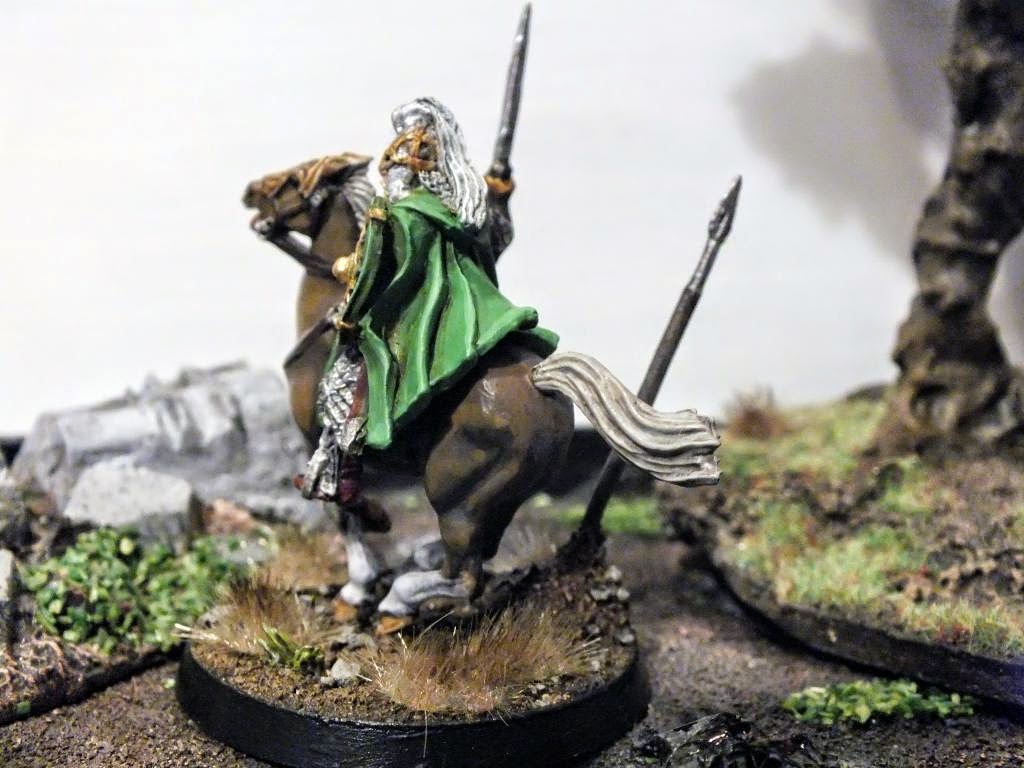